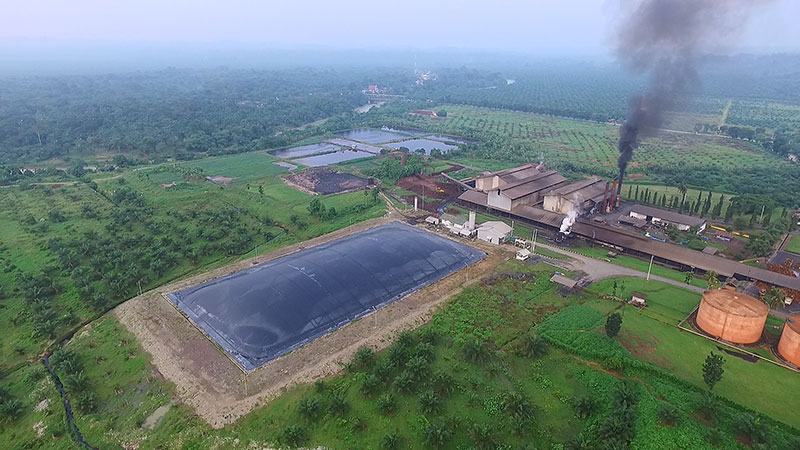 The methane gas, as a by product of the anaerobic digestion was captured, distributed, treated and
utilized as a fuel for 1 x 1,065 kW biogas genset. The electricity generated is then sold to PLN under Power
Purchase Agreement.

The Project was funded by Ministry of Energy and Minerals under Directorate General New, Renewable
and Conservation Energy.

The project also reduces significant amount of the green house gas emitted by the Mill from the
previous open lagoon system used to treat the POME.